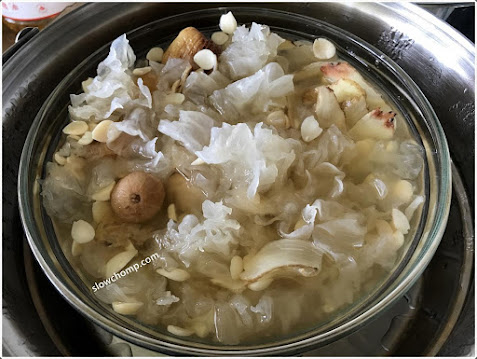 Making some soup to nourish and cleanse the lungs with the poor man’s birdnest! Weather has been bad lately and everywhere you turn in the mrt, there is someone massively coughing and is it difficult not to catch the bug since in Singapore, the concept of wearing a mask is still not as strong as in Japan. 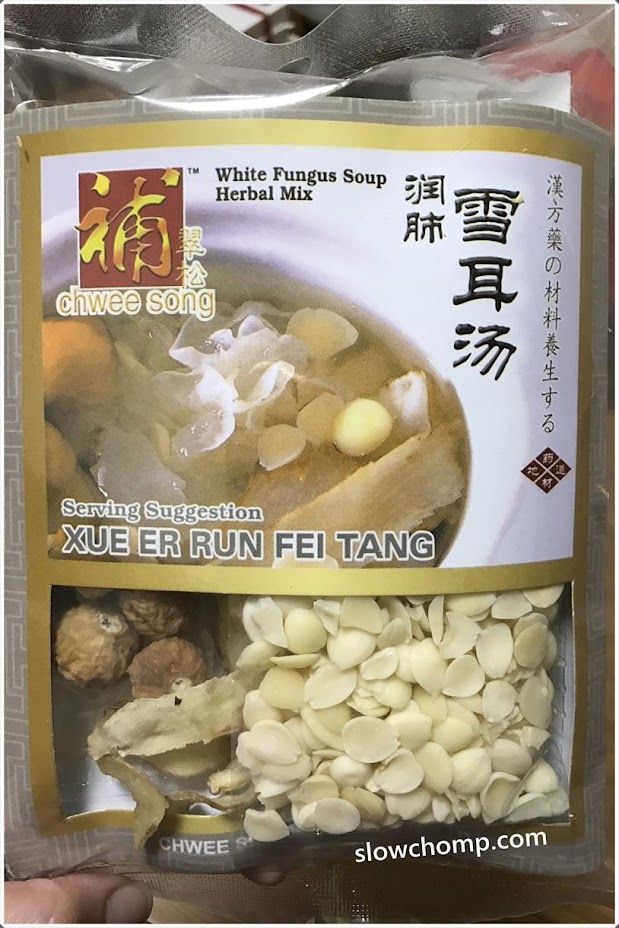 Saw this pre-packed White Fungus Soup Herbal Mix 润肺雪耳汤  in NTUC (retailing at  $3.80) and decided to get it to give our lungs some love! 😛

The packaging is the serving size suggested but I ended up serving 3 instead! 😛 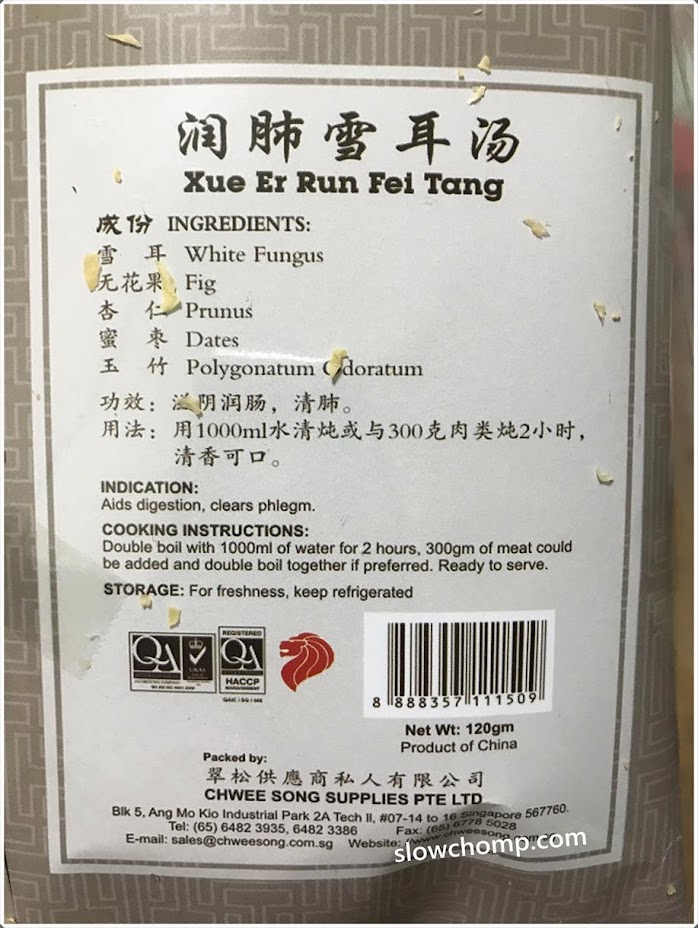 As per the indication in English on the package, it is supposed to aid digestion and clears phlegm. The Chinese wordings when directly translated says to nourish the intestines and clear the lungs. So basically to me, it is good to have some soup occasionally for overall well-being, in this case, for our lungs. 🙂 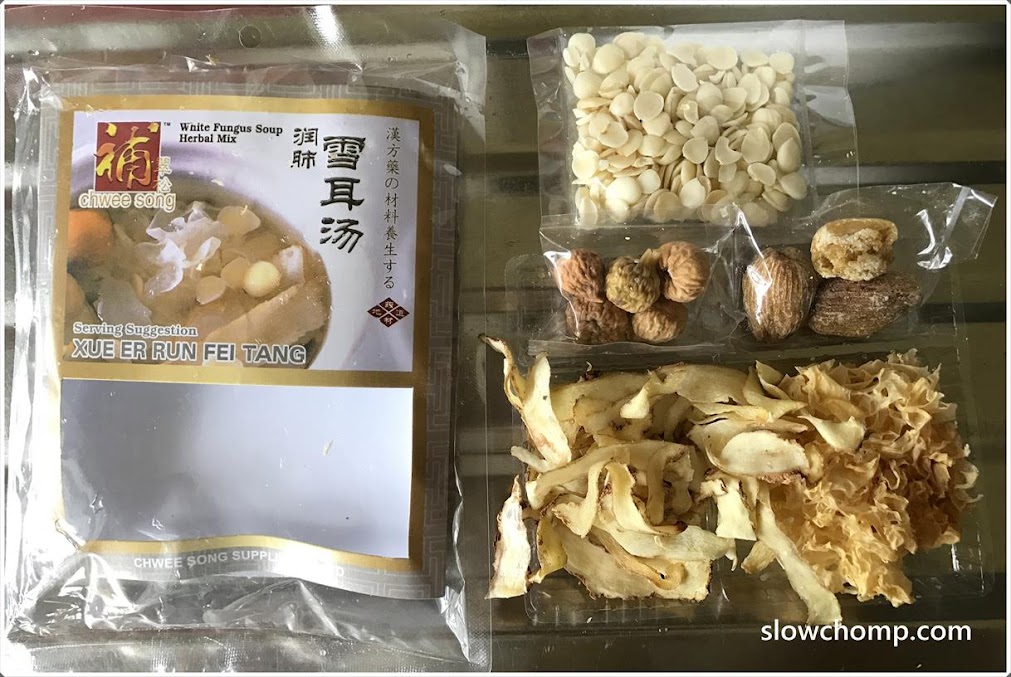 It is really a dummy proof soup to make since everything is already in the package. 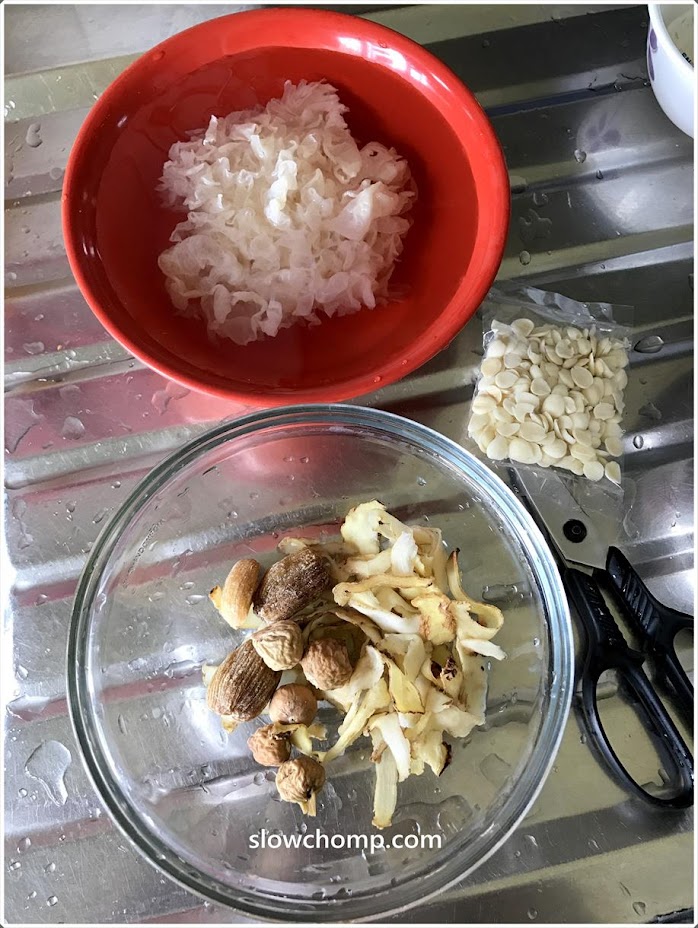 You just have to soak the white fungus until it is fluffy (about 30min), cut it and throw it into the bowl with the rest of the ingredients and double-boil it. 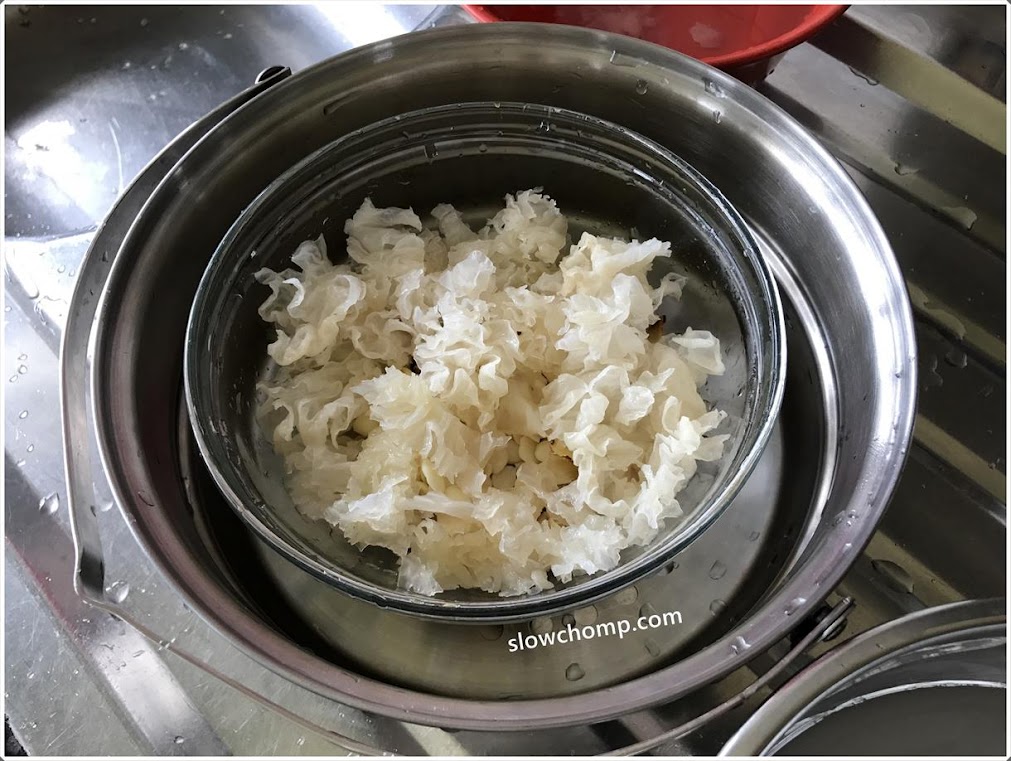 The ingredients all ready to be doube-boiled. 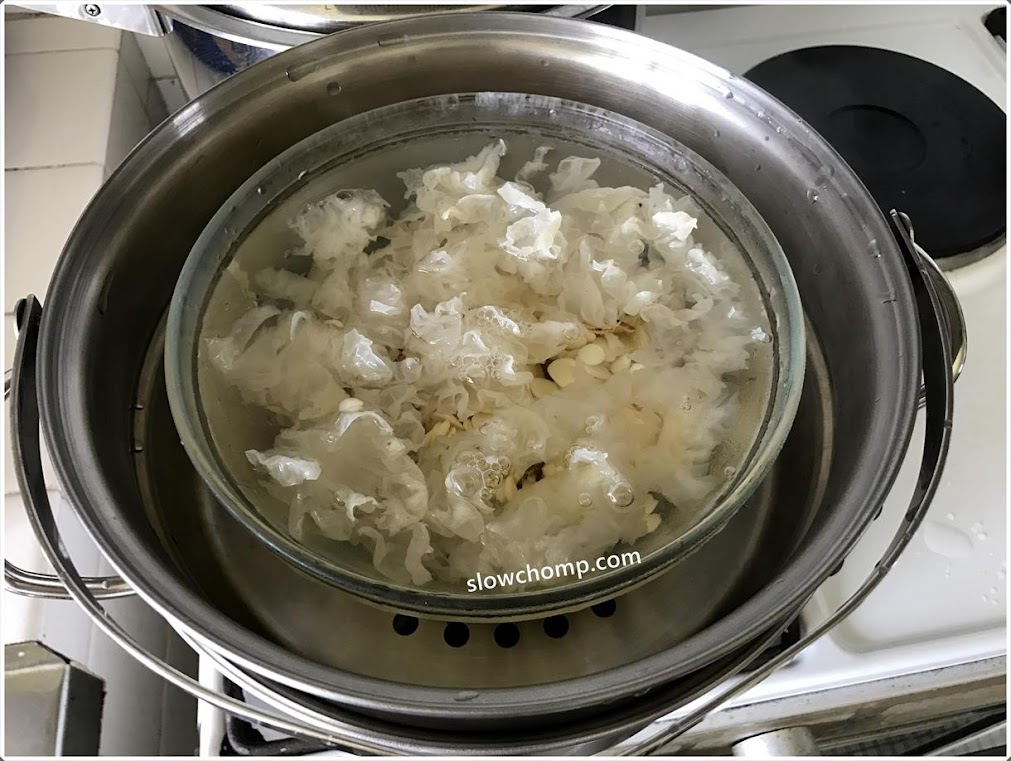 Pouring in about 1000ml (1 litre) of water and double-boil for 2hours. 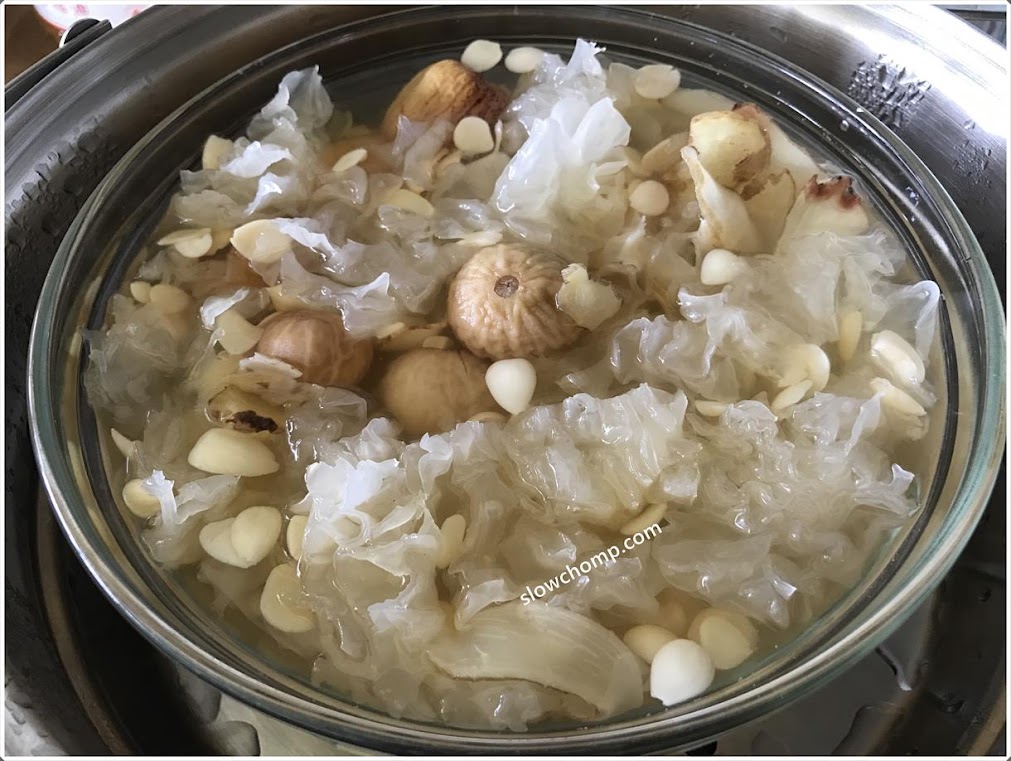 The end product after double-boiling for 2 hours. Mixed everything well and you are ready to drink the soup.

There is a subtle sweetness from the dates and figs and if you prefer it to be sweeter, you can always add your own rock sugar but I find the taste perfectly OK for me. Love the Prunus or almonds as I call it for the crunch in the soup.  If you do not like the quality of the white fungus that comes with the package, you can always buy your own to substitute. Overall, an easy to prepare soup to nourish your lungs 🙂