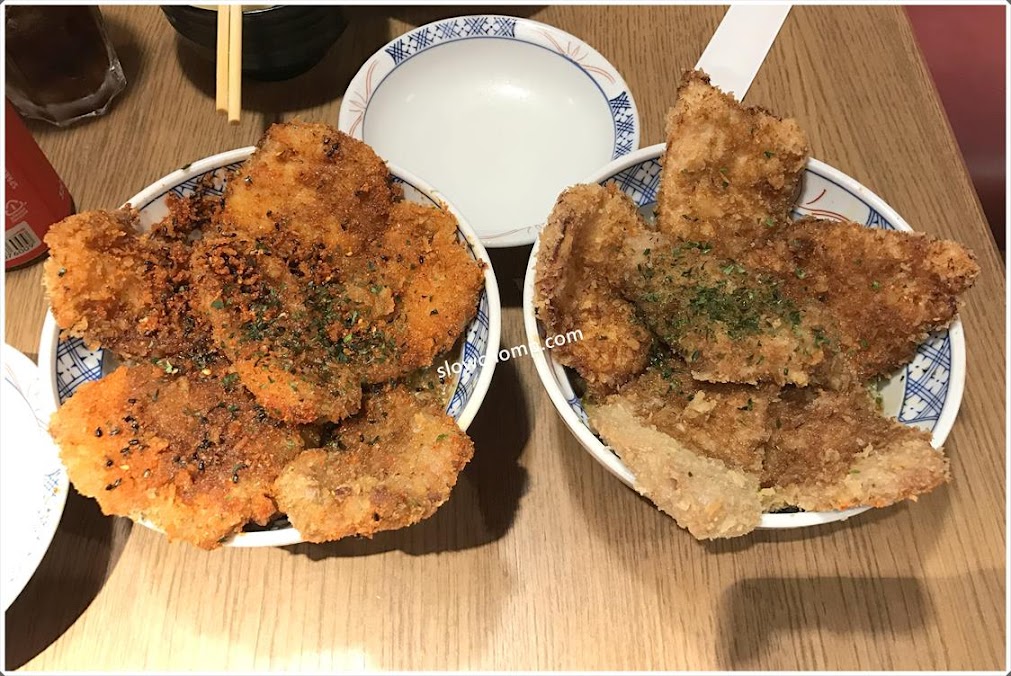 Checking out another new Katsu Don place with my bestie and she recommended Katsudon Hanakatsu, newly opened at Suntec City Eat At Seven, after reading Daniel’s blog and as part of our quest to conquer all tendon places in Singapore. 😛 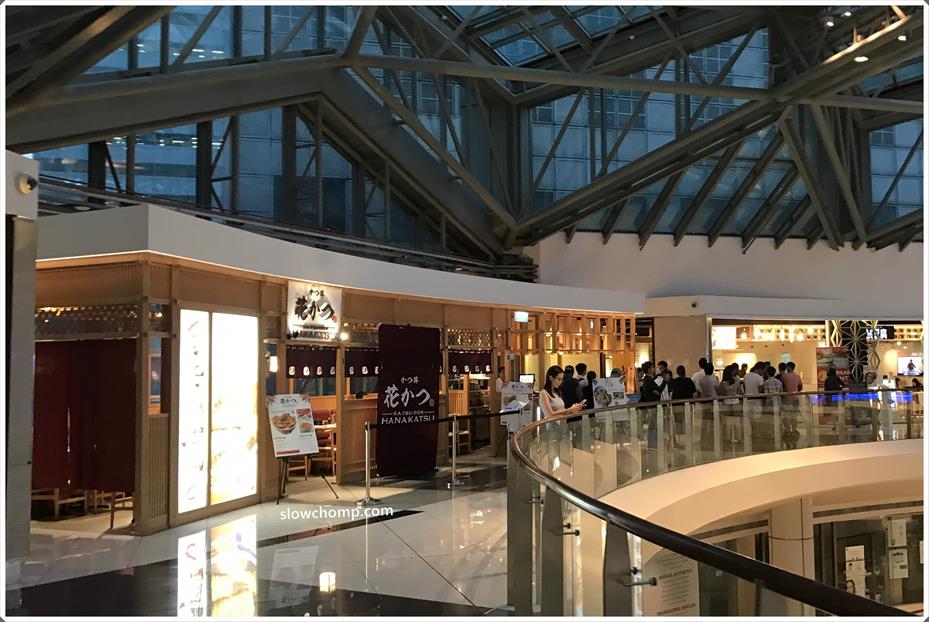 Hanakatsu is located right beside Tendon Kohaku and for a moment, we thought the queue was for it especially since after a few famous food blogs had blogged about it. Thankfully, it was for Tendon Kohaku and we were able to get a seat at Hanakatsu very quickly. 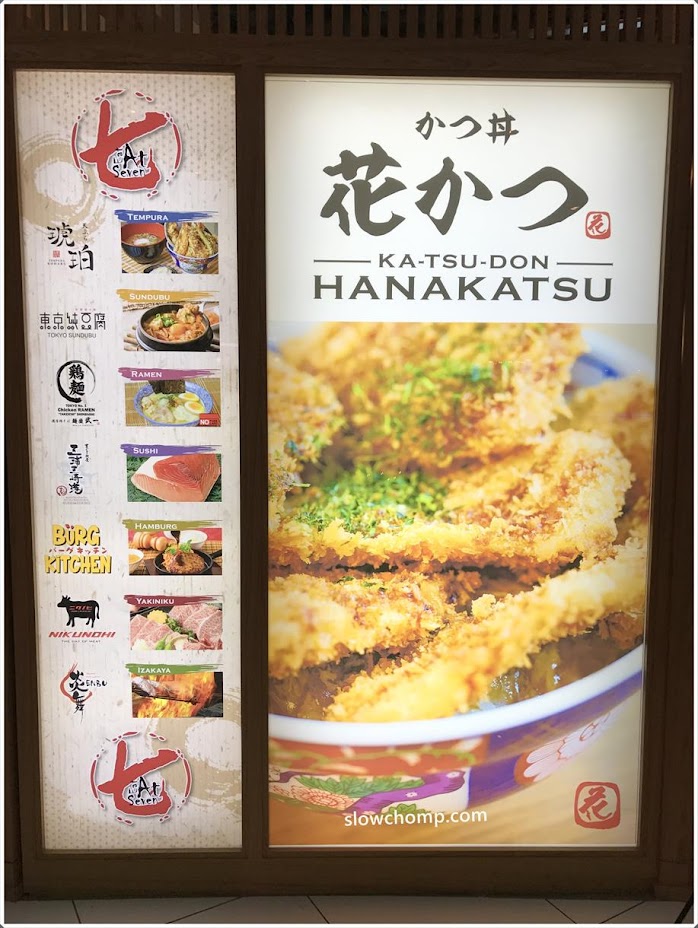 It is one of the seven restaurant at Eat at Seven. 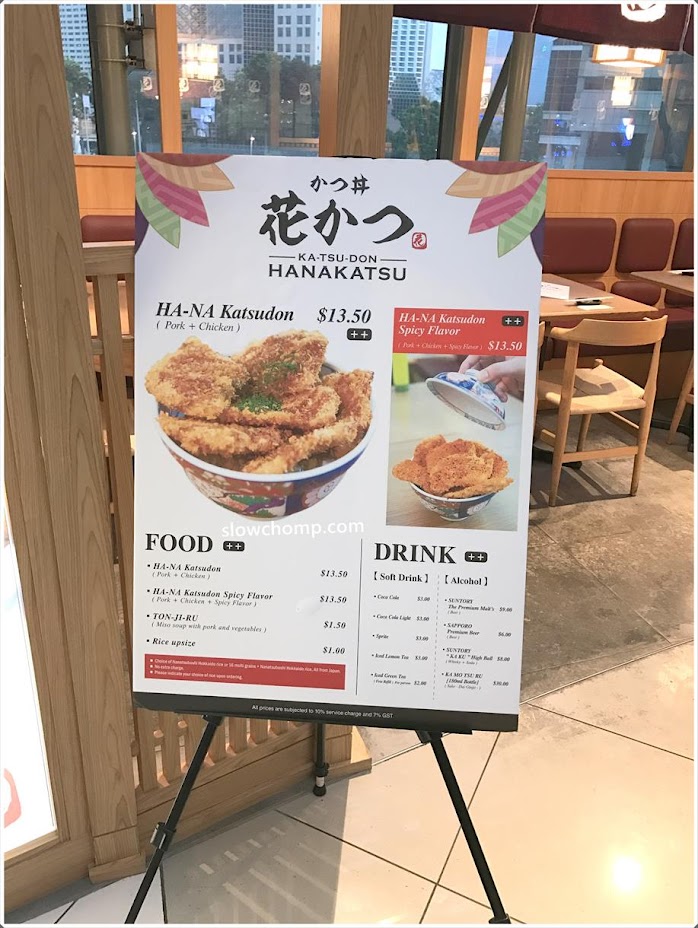 Menu advertised at the outlet. 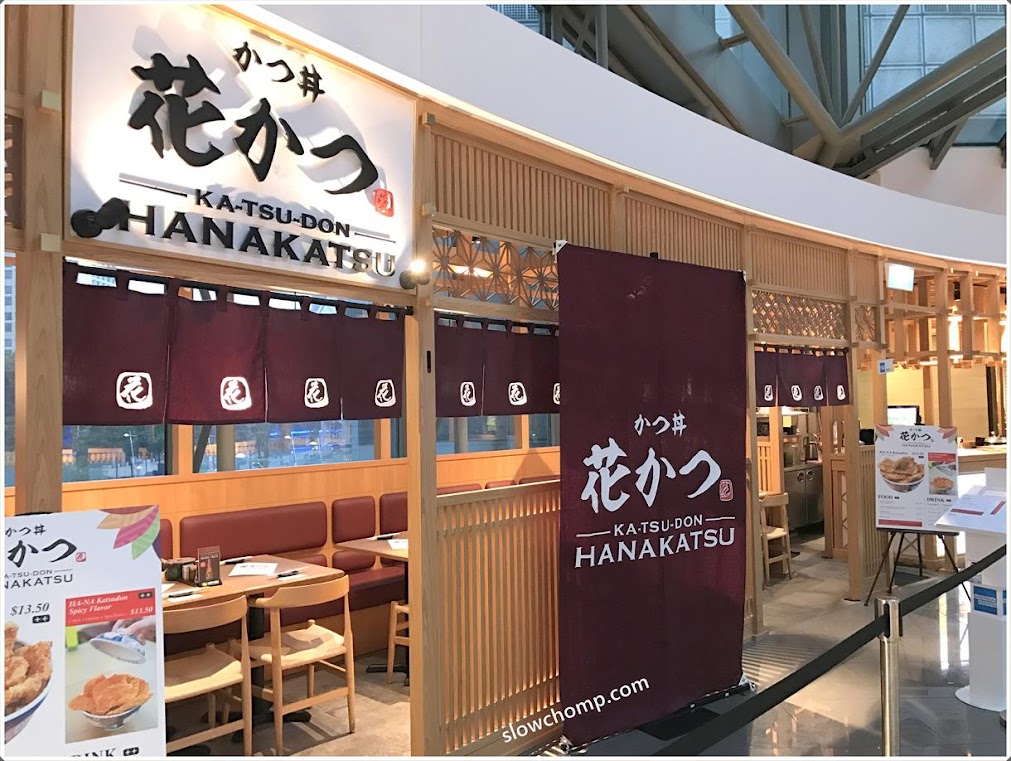 Close up view of the Restaurant. 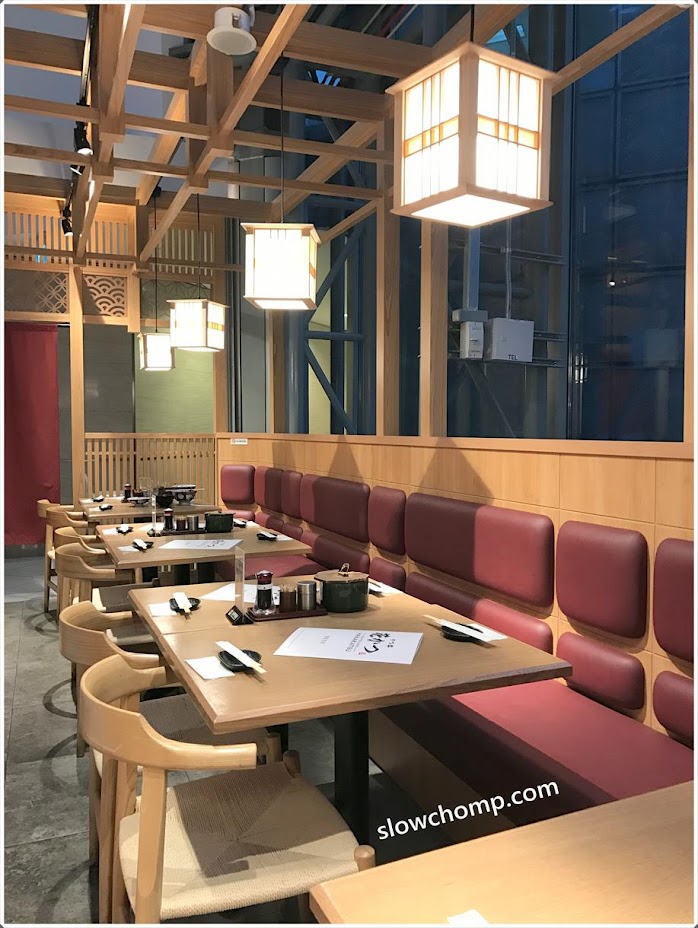 View of the interior from where we were seated. 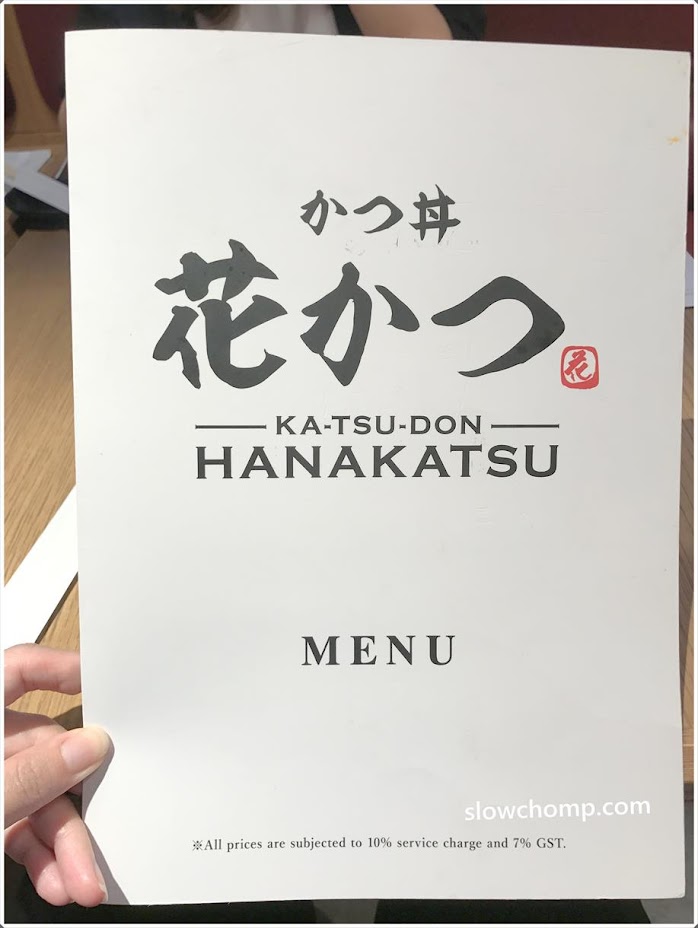 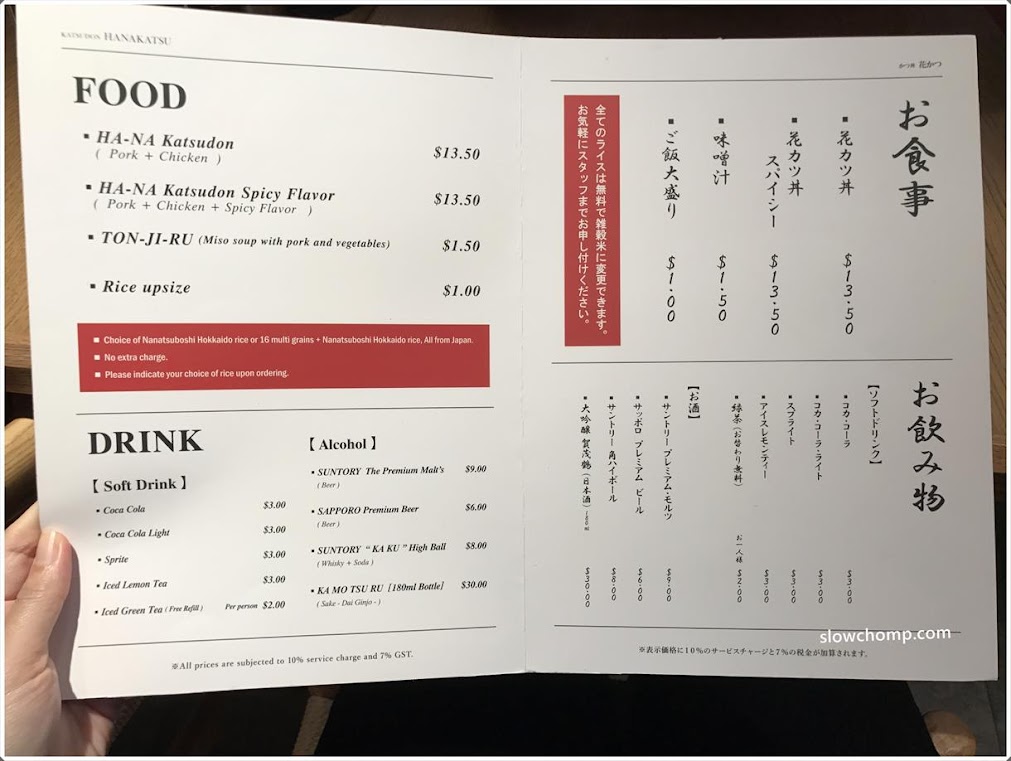 Simple menu where you choose from the original or spicy flavour katsu don, miso soup and your choice of drinks. 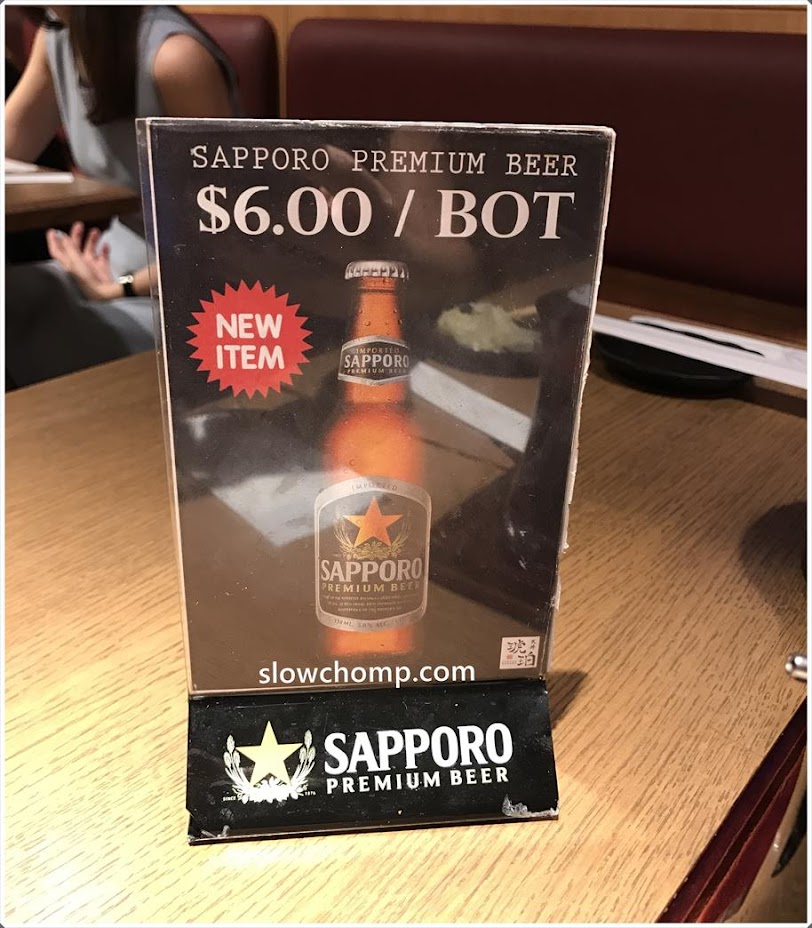 Sapporo beer is on promotion for $6++ a bottle. 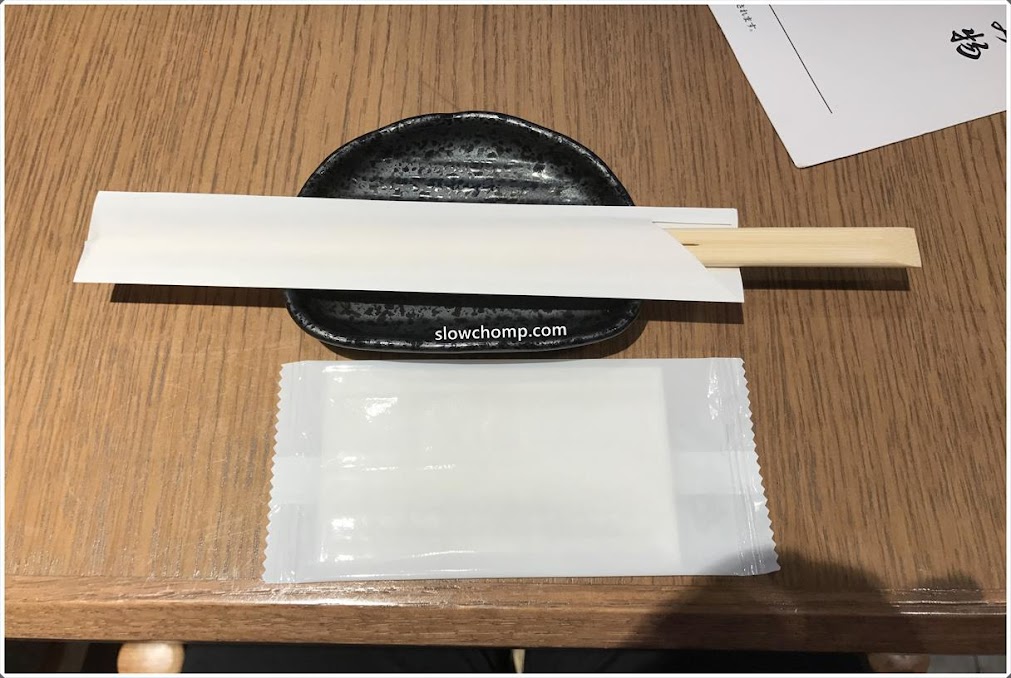 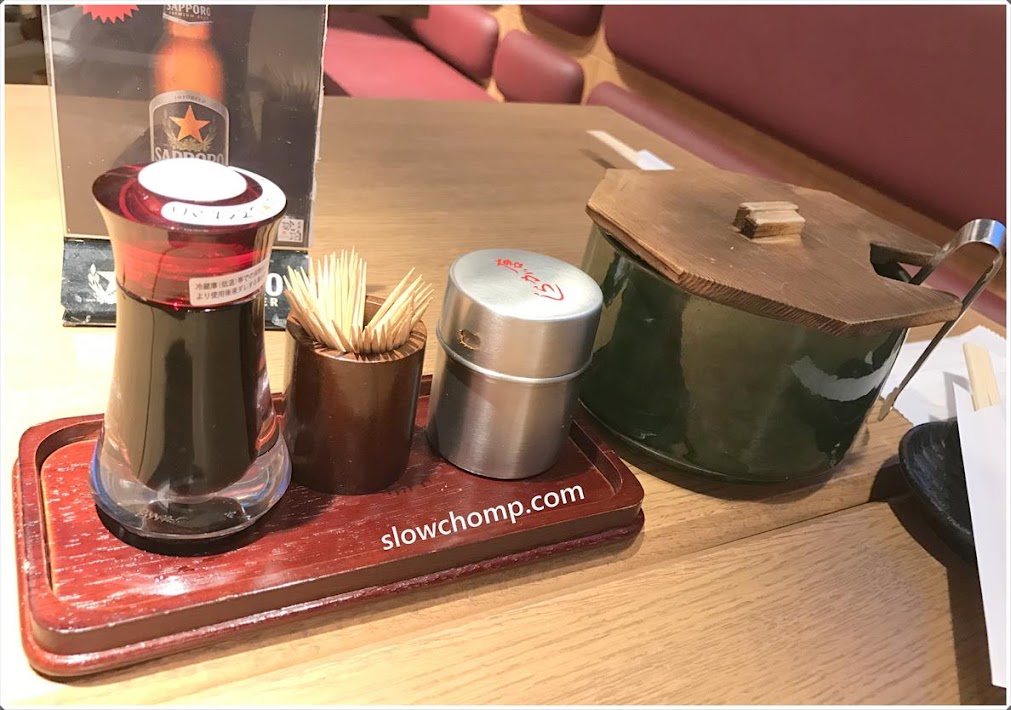 Condiments and free pickles on the table. 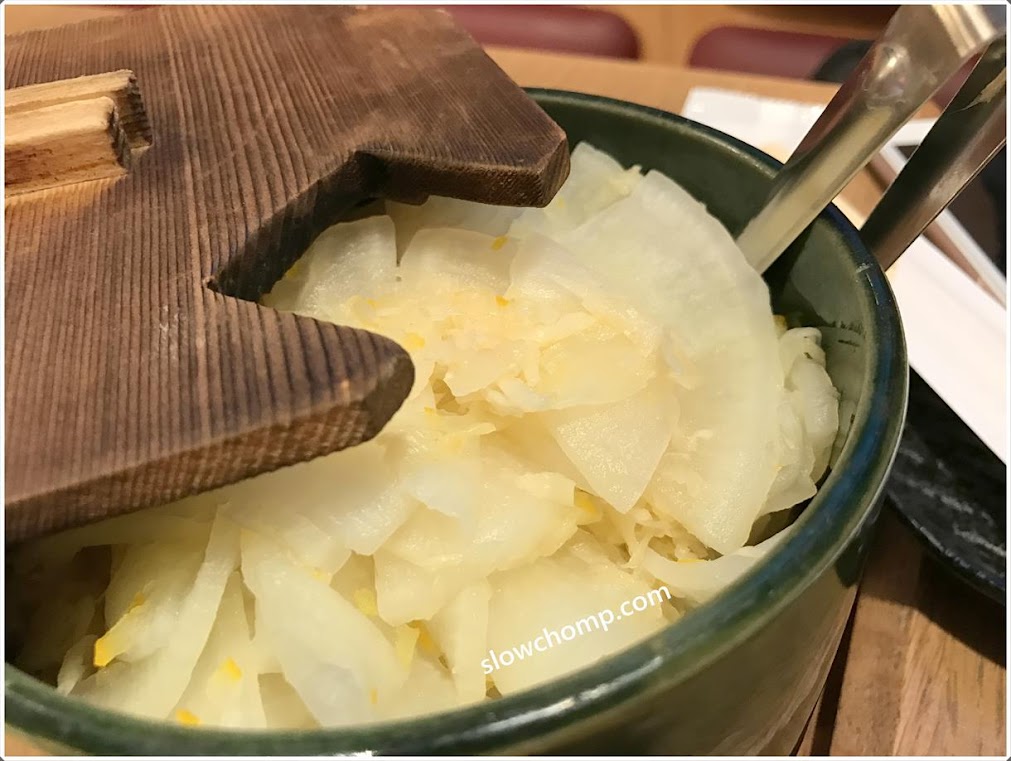 Close up of the free pickles. 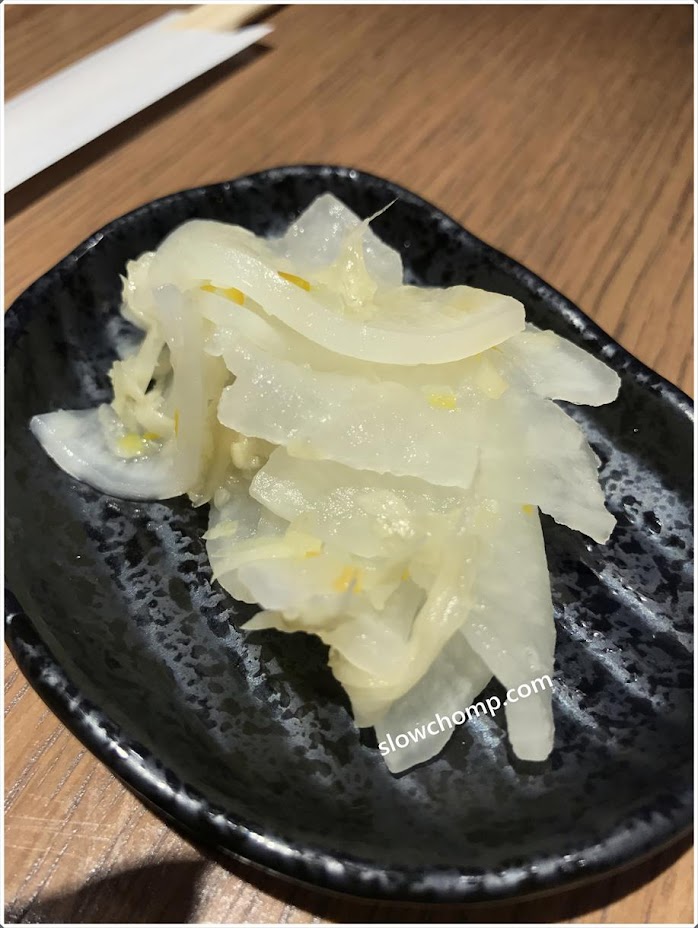 Very cleansing and yummy pickled radish with yuzu and definitely much needed to help douse the flame from the spicy flavour katsudon. 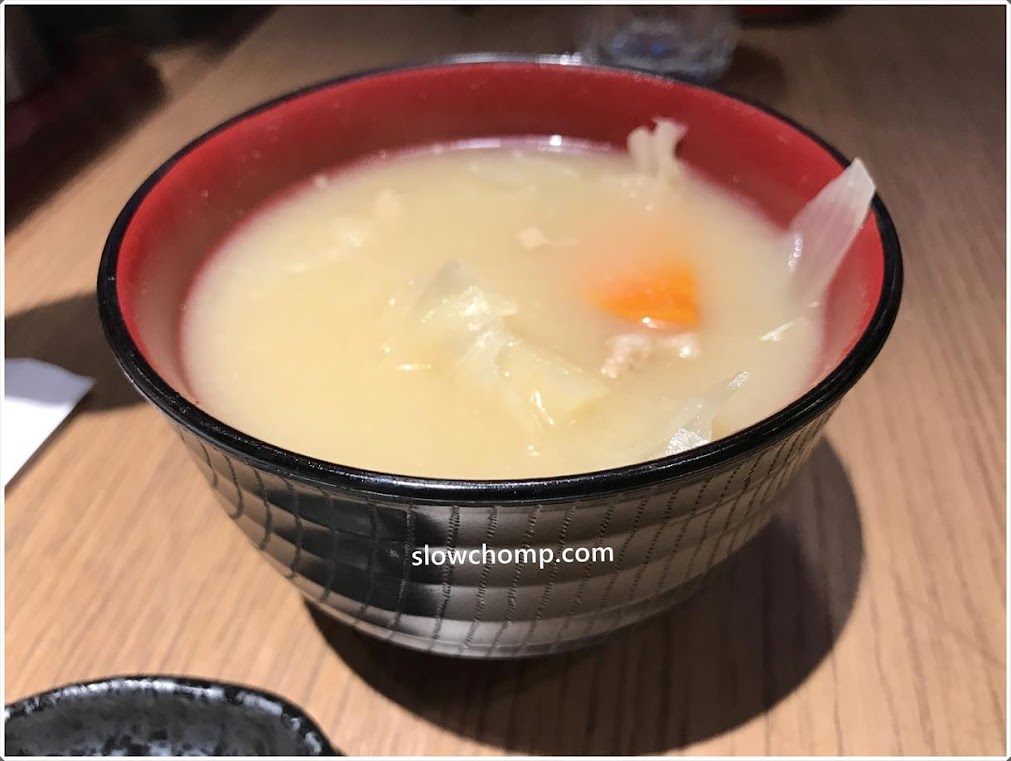 We were recommended by the service staff to try it and it was a good choice. 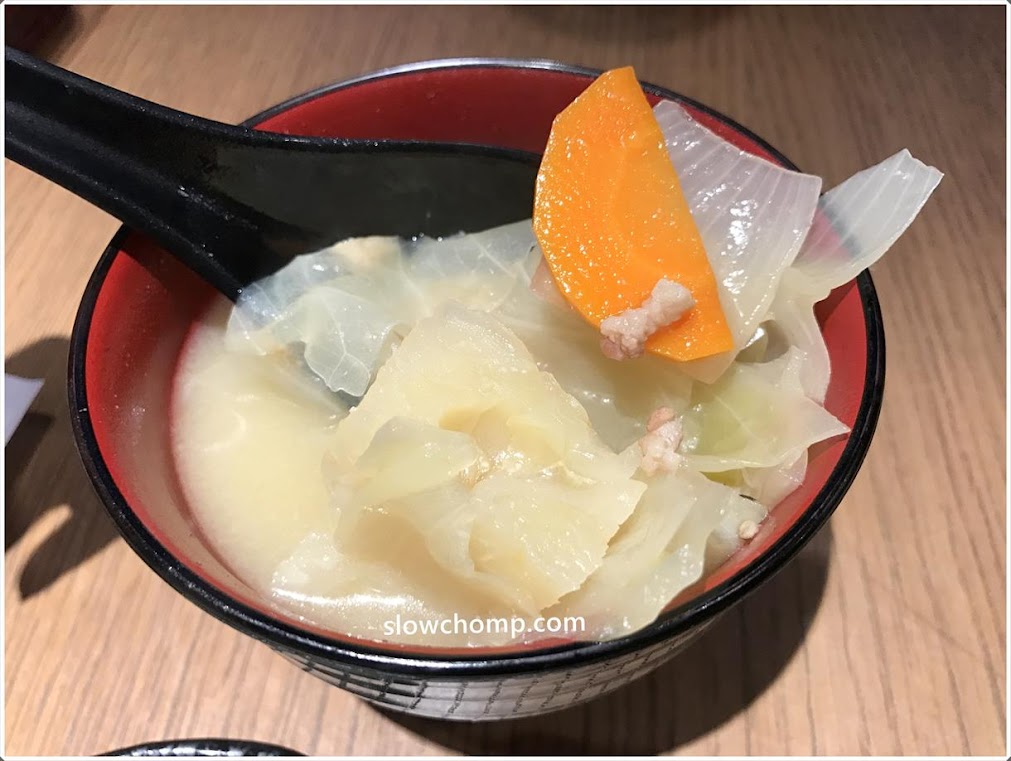 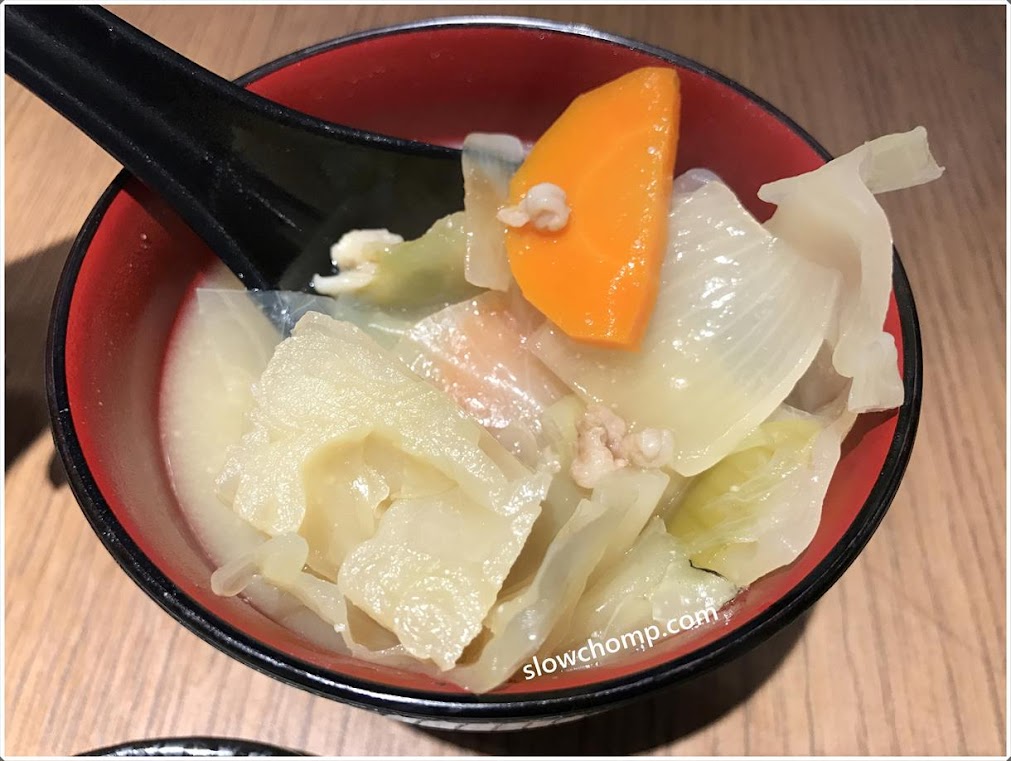 Loaded with lots of cabbage, onions, carrots and small bits of pork. 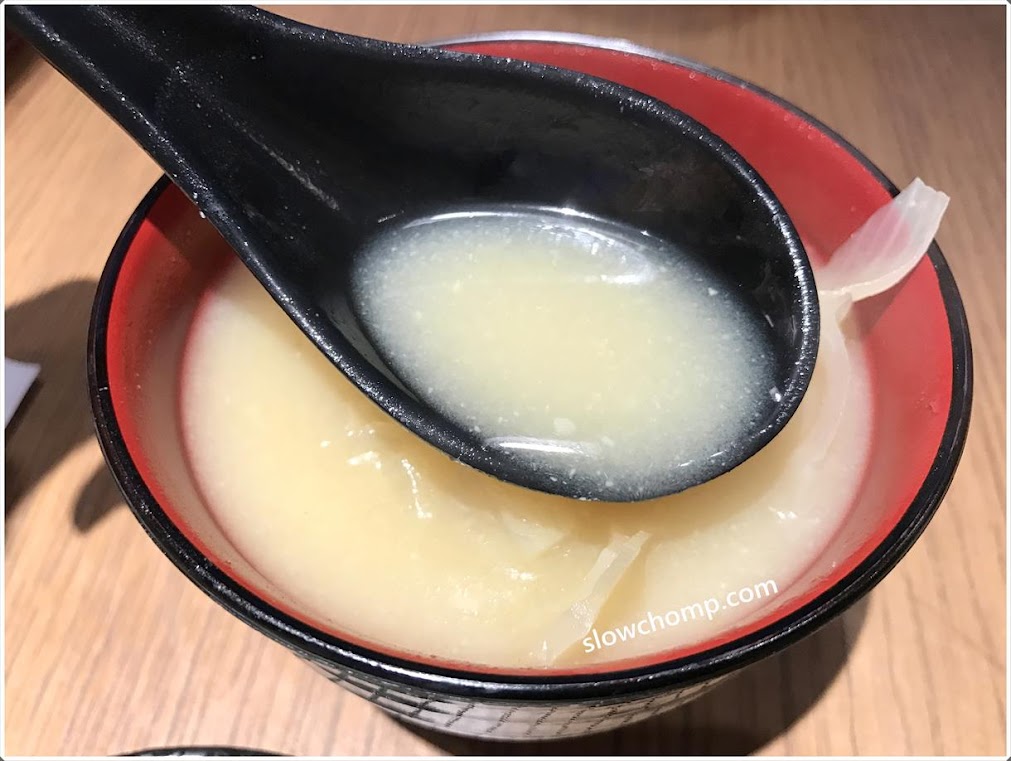 The miso soup became so sweet with all the vegetables cooked in it.

A very warming and sweet bowl of soup. 🙂 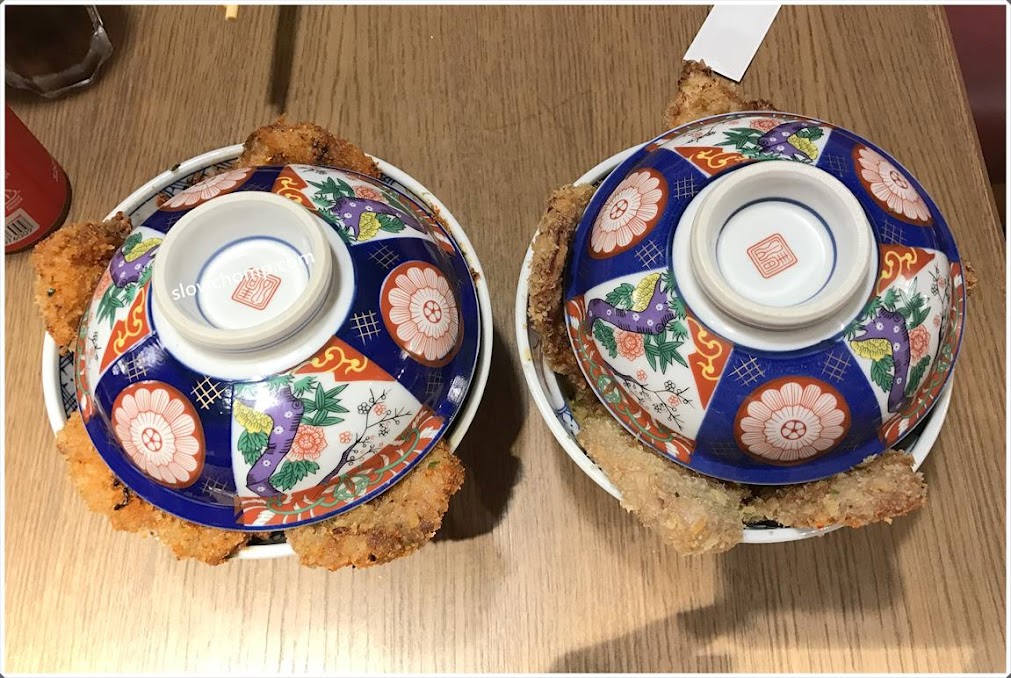 Next up, our Hanakatsudon coming from the Tendon Kohaku kitchen! Served in the very same bowl except that only a combination of chicken and pork is served here.

Tada! Our flower look alike Katsu don! Spicy Flavour on the left and original on the right. 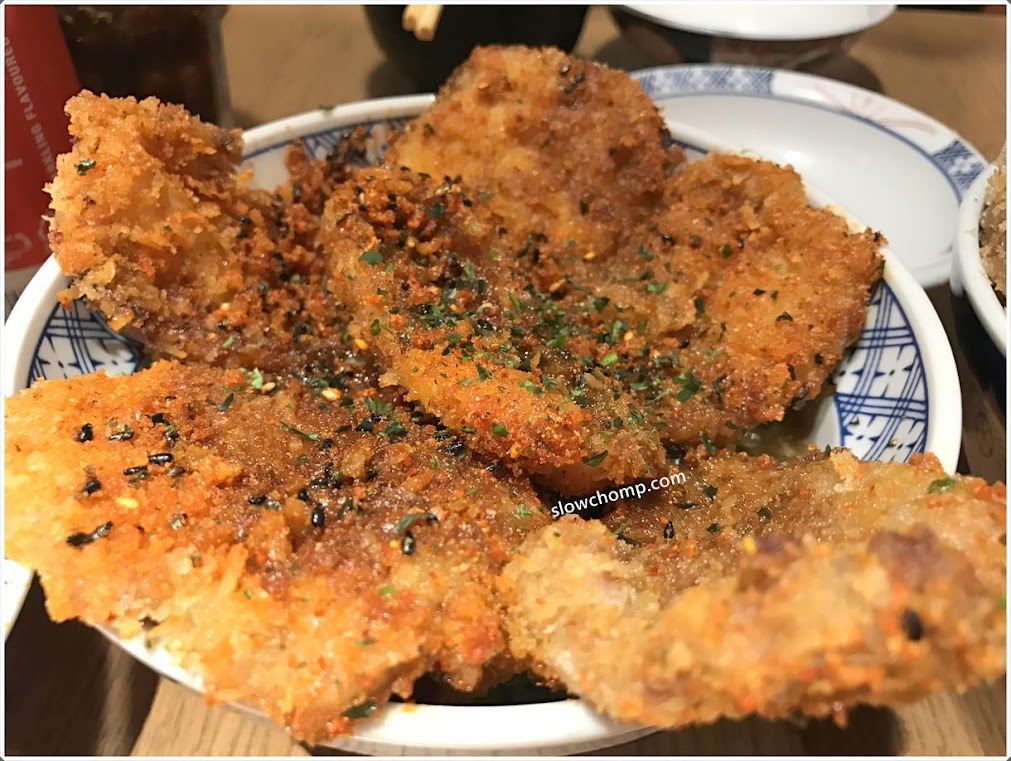 We had already asked for less spicy as we were scared off by how red the meat looks from those a few tables away from us! Spicy food lovers can just opt for the normal portion but this spicy level is more than spicy enough for us! 😛 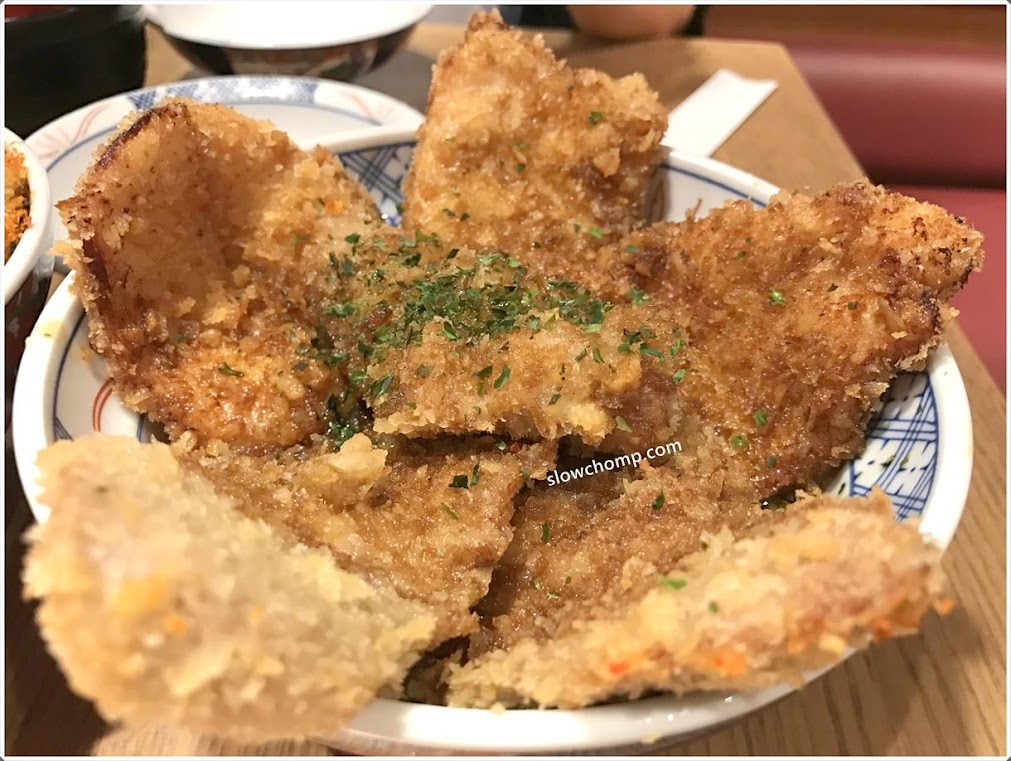 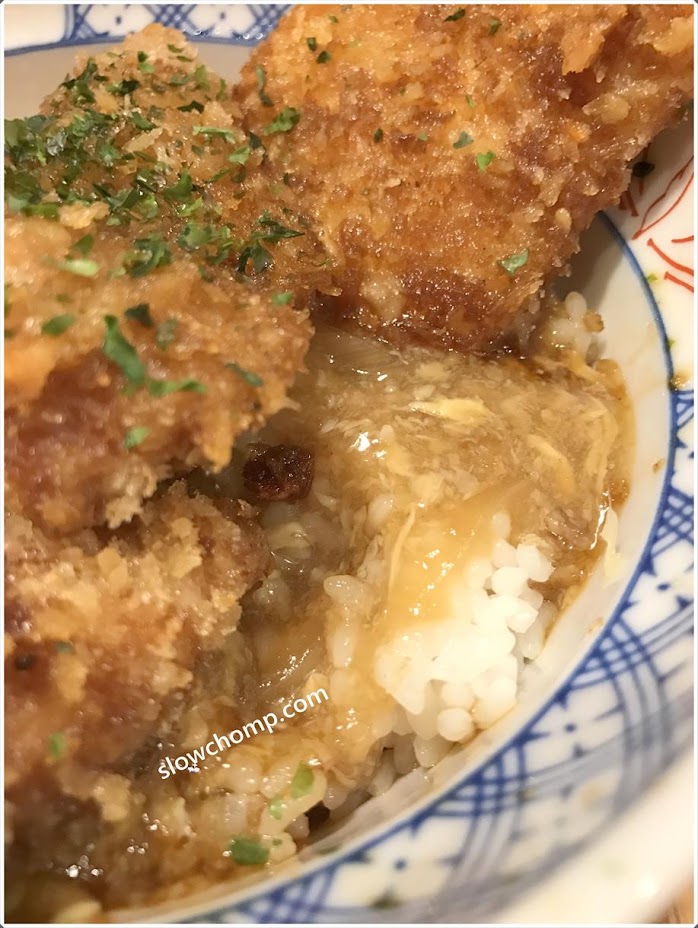 Close up of the sauce drizzled above the rice. 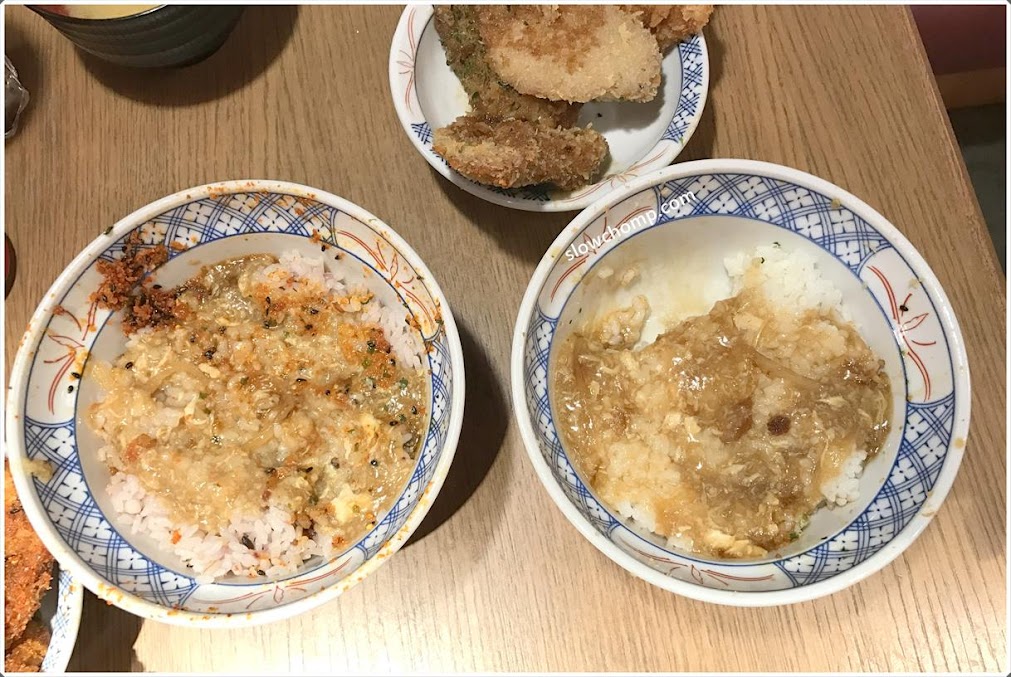 Removing the meats in both bowls to reveal the rice and sauces on it. 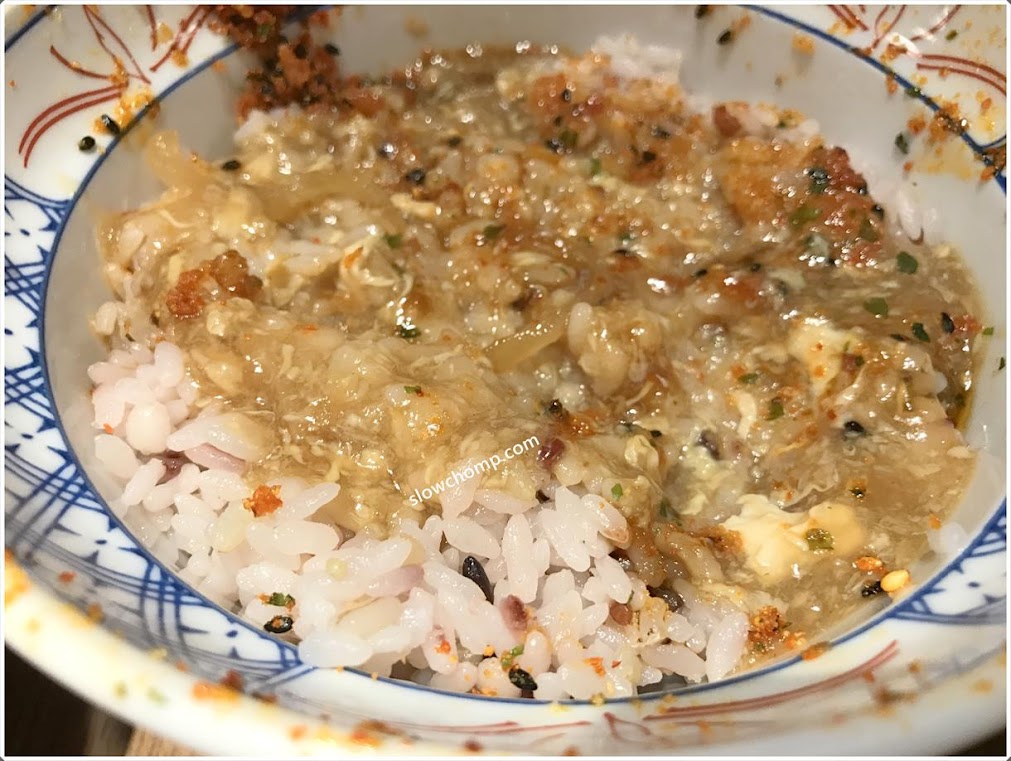 Close up of the multigrain rice and the sauce on it.

Since I am a saucy person, I prefer this to drizzling the rice with the tendon sauce. Even without the meats, I do not mind eating the rice! 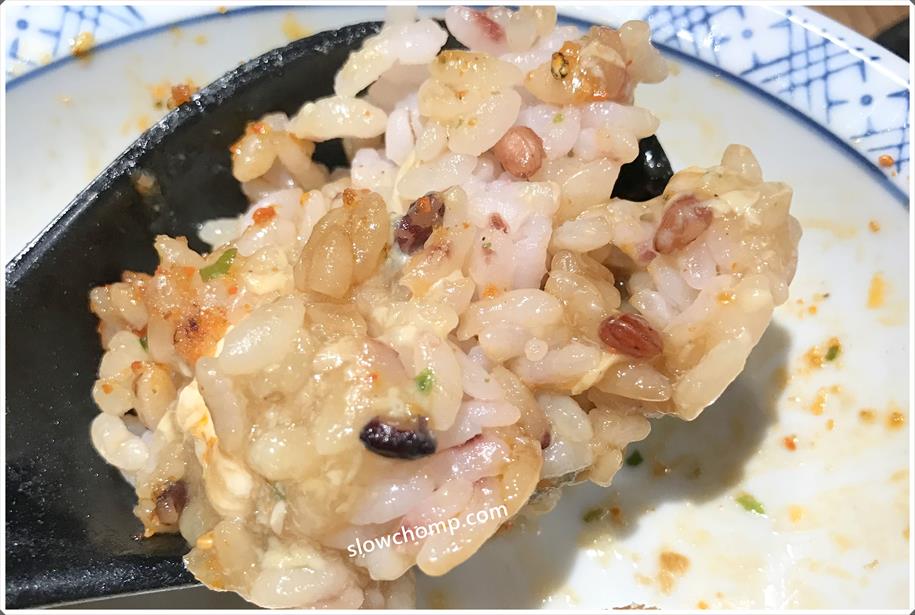 Simply love it but we should have asked for it with the original flavour bowl as the spicy one covered the taste. 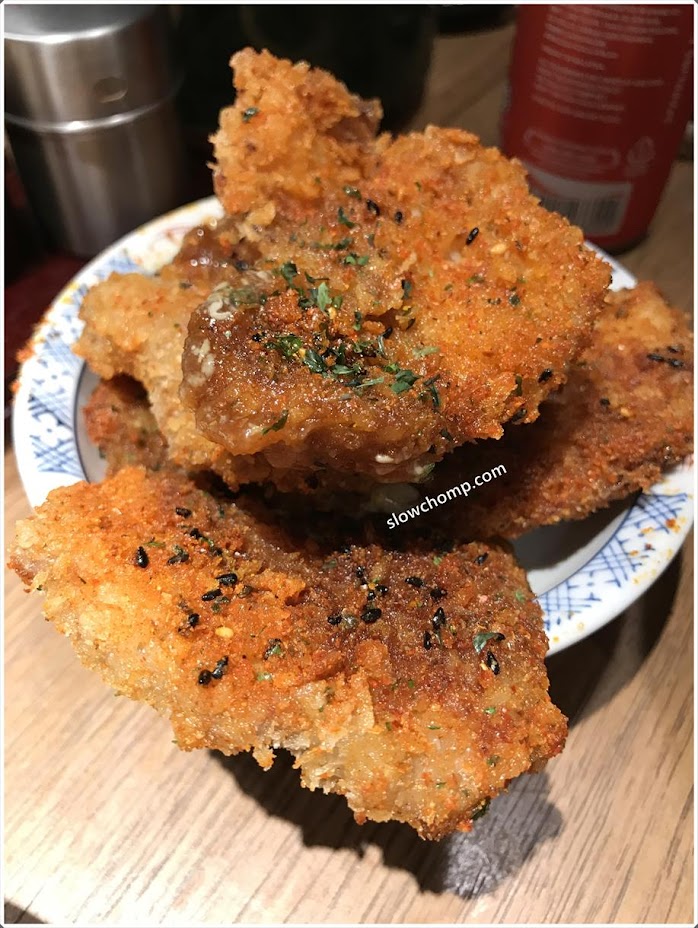 Our 6 chicken and pork meat cutlets stacked up 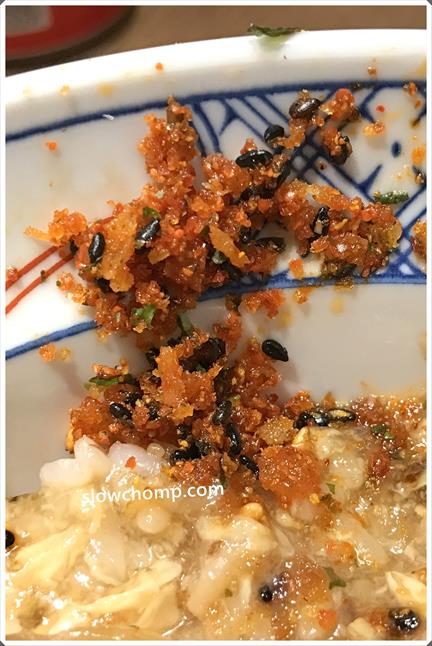 Close up of the spice that created the spicy flavour! Hot hot hot! 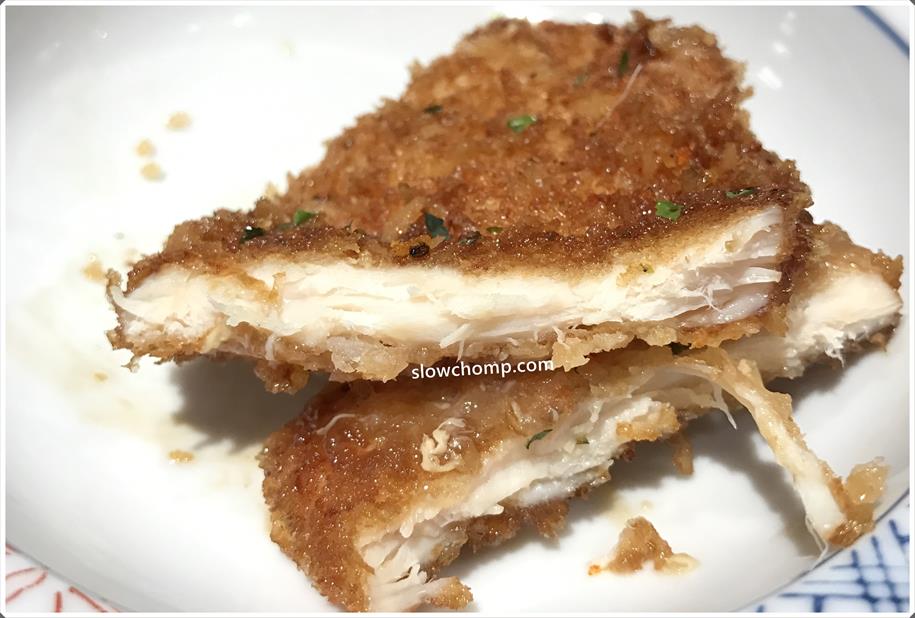 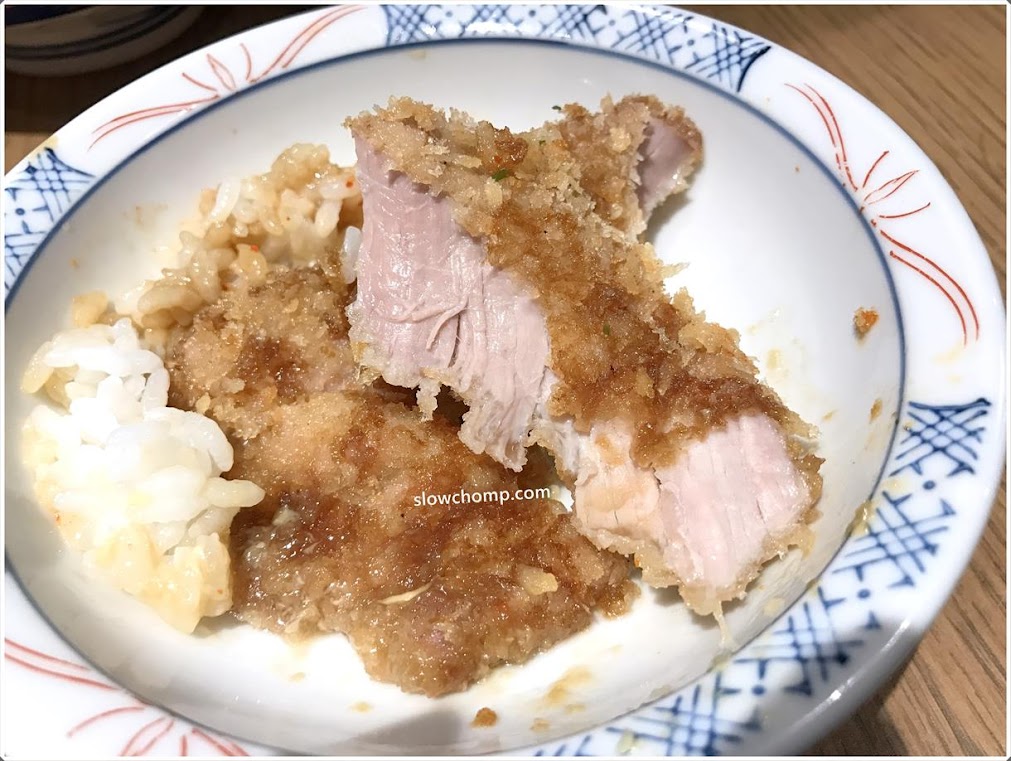 The pork katsu was great too!

Overall, if you are a meat person, this would be the katsudon for you. The spiciness level of the spicy flavour don was just a little too much for us so if you would just like to try it, I would really suggest to ask for the less spicy unless you really like it hot! 😛